WE PRIDE OURSELVES ON OUR ASSOCIATIONS AND FRIENDS

The CTBA exists to provide financial support to those that have worked in the coal trade in a non-manual capacity, whether as delivery persons, coal merchants, occupations at surface level at collieries, for instance engineers, or the many other related occupations and trades.

VIEW OUR PARTNERS AND USEFUL LINKS

The National Associations of Chimney Sweeps

The National Associations of Chimney Sweeps 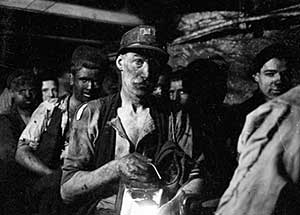 The coal industry has seen dramatic changes over the past 130 years and the Association is proud of its tradition of being able to respond to the changing needs of its beneficiaries.

The coal industry has seen dramatic changes over the past 130 years and the Association is proud of its tradition of being able to respond to the changing needs of its beneficiaries.

It all started on 23rd July 1888 when sixteen members of the Colliery Agents and Coal Salesmen’s Association met in Room 31 of the Coal Exchange, London. Mr E T Wilks chaired the meeting which had been called “to see if it was possible to establish an organisation which could dispense charitable relief to non manual workers in the coal industry” The meeting appointed a Chairman, President, Vice President, Trustees, Committee, Honorary Secretary and Treasurer.

A further meeting was held in the Coal Exchange on 17th September 1888 when it was agreed that the new organisation should be called “The Coal Trade Benevolent Association” and draft Rules were discussed. And so the CTBA was born.

The first General Meeting of the Association was held in Room 16 of the Coal Exchange on 27th March 1889 when the Rules of the Association were adopted and it was agreed that 2500 copies be printed and circulated to colliery owners, wholesalers and retailers along with proposal forms for membership.

The first Committee meeting was held on 18th November at which it was unanimously agreed that local CTBA centres should be formed throughout the country each with an Honorary Secretary and Committee.

At the Special General Meeting held on 10th October 1890 a financial statement was presented which showed that the Association had funds of £26 seven shillings and 9 pence. A number of Rules of the Association as altered and amended by the Registrar of Friendly Societies were fully discussed and accepted.

The first recorded investment decision by the Association occurred at the Committee meeting on 18th December 1891. The Treasurer presented a draft statement of accounts, which showed funds of about £85, and he was instructed to buy one share in The Great Eastern Railway Company.

The first relief payment was agreed at the Committee meeting held on 15th February 1893 amounting to £10 and payable at the rate of £2 per month to a gentleman in Nottingham with the proviso that he survived the period!

The Association has a fine record for fund raising and the first recorded event is noted in the minutes of the Committee meeting held on 15th December 1893 when £4 nine shillings and 8 pence was raised as a result of a charity cricket match.

At the General Meeting held on 9th August 1895 it was decided that “as the Association has practically failed to carry out the objects for which it was formed it is desirable the Society be dissolved and with a view to this the necessary instrument of dissolution be signed and the monies to be held in trust for the new Association as proposed in the circular of 5th July 1895”.

The reason given for dissolving the Association was “the difficulty which had been experienced in connection with registration under the Friendly Societies Act and the necessity of revising the rules under a broader basis”.

The legal notice dissolving the Association was printed in the “Coal and Iron” magazine of 7th September 1896.

Interestingly the Chairman of the meeting, J Rickett Compton made an earnest appeal to all members of the coal trade to give their hearty support to the Association and expressing belief that great good might be done by the judicious and prompt administration of the funds.

This suggestion of over 100 years ago is as valid today as it was then and is one of the Association prime objectives.

In 1903, the first traceable printed Annual Report it states that relief and grants totalled £970 ten shillings 6 pence being £274 seventeen shillings 1 pence in excess of the previous year, and double that of 1900. The increase being largely attributable to the expense incurred in providing open air treatment for cases of tuberculosis which the Directors gave special consideration to in order to secure prompt admission and special terms for applicants suffering from this disease.

The fund raising efforts of the Association continued and on 30th October 1903 a Smoking Concert was organised with tickets costing two shillings and 6 pence each or 10 for a Guinea. Grateful thanks were recorded to the proprietors of the Coal Merchant and Shipper Magazine for bearing the full costs of advertising the event. The evening was deemed to have been extremely successful raising £60. The Smoking Concerts continued for many years and proved to be one of the Association’s most successful fund raising activities.

At the Annual General Meeting held on 6th February 1905 it was reported that Association funds stood at £5660 and that relief payments amounting to £1,078 had been made during 1904.

By 1908 there were active Branches in London, Birmingham, Bristol, Derby, Leicester, Northampton, Nottingham and Reading. The Directors expressed a desire to increase the number of Branches and by 1914 there were Branches in Cardiff, Hull, Leeds Bradford and district, Liverpool, Manchester, North Staffs and Swansea.

The work of the Association continued unabated during the First World War with both funds and grants increasing. By 1925 the total given in relief payments since inception was in excess of £100,000.

In the 1940 Annual Report it is noted that because of enemy action the Association offices in the Coal Exchange were rendered uninhabitable and thanks were recorded to Coote and Warren for providing accommodation at Drayton House, London. In 1944 they moved back into the Coal Exchange where they were based until a move to 66 Mark Lane, London in 1958.

In the 1946 Annual Report the privatisation of the mining industry is acknowledged. The report says, “We are convinced that the National Coal Board are happy in the knowledge that there is such an Association as the Coal Trade Benevolent Association. As tangible evidence of their goodwill and an indication of their support the NCB generously subscribed 1,000 guineas to our funds for 1946”.

In 1970 the Association moved from Narrow Street to 2, Turnpin Lane, Greenwich where it stayed until 1987 when it moved into accommodation at the National Coal Board, Hobart House offices.

The Association’s 1971 Annual Report said that during the year relief payments were made to 389 individuals and totalled £26,725. It is also recorded that the relief distribution paid out since 1897 amounted to £1,004,804.

In 1987, just short of 100 years since the Charity had been formed the Association was proud to announce that it had dispensed charitable relief over that period of just over two million pounds.

In the 1988 Annual Report, the Chairman John Boddy (who sadly died in 2016) said “The Association still abides by the guiding principles laid down by its Founders. What a debt we owe to them for their foresight and the foundations they laid down for us and which enables the Association to assist many less fortunate former members of the solid fuel and allied trades, their widows, children and dependents who have fallen on hard times and now benefit from our assistance”.

It was also during 1988 that Mrs Nancy Sawyer, was awarded the British Empire Medal, an honour so well earned for her service to the Association for nearly 30 years.

On 1st July 1989 the Chairman the late Ken Moses organised a President’s Garden party at the Vache, the National Coal Board’s Staff College, which raised in excess of £33,000; the largest sum ever raised for the Association at a single event.

In 1990 the trustees decided to invest in new accommodation and a decision was made to buy offices at 6 Bridge Wharf, London. The Association was very grateful to the National Coal Board and Julian Fairweather who provided much of the furniture.

In 1999 the Associations first ever lady Chairman, Mrs Elizabeth Lockley convened a “Way Ahead” working party to review the Association’s approach and methods of operation – many of which are still in use today.

The prime objective of the charity is to provide relief by donations, weekly or special grants. Relief is given promptly, privately and according to the merits of each individual case; relief may be in cash or kind and all cases of hardship and need are sympathetically considered.

In addition, all of our regular beneficiaries are sent birthday greetings along with a cheque and at Christmas they receive either a festive hamper or vouchers of their choice.

At a CTBA meeting in 2011, Trustees considered various reports from Branches that a number of beneficiaries had expressed concern about sharply rising fuel and energy costs. The Association was also aware that the Government intended to reduce the Winter Fuel Payment for 2011/12. The Trustees invited local Branches to make recommendations for any beneficiary who they felt should receive a regular annual heating grant of £50, or more if appropriate.

As a result of this, the Trustees decided that a £50 discretionary heating payment should be made to every beneficiary in receipt of regular weekly grants in December. The heating grant of £50 was paid in December 2011 and a further £50 grant was made in February 2012 – both payments were made in addition to any other existing grants. We believe that this is a further example of the Association’s ability to rapidly respond to difficult and changing circumstances to the overall benefit of our beneficiaries.

2013 was the Association’s 125th Anniversary Year and we were delighted that our Patron, His Royal Highness The Duke of Edinburgh, KG, KT, honoured the Association by taking on the role of President for the third time. His Royal Highness also preside over the December Festival Dinner and we continue to be extremely grateful for his ongoing support and patronage of our Charity. We were also pleased that during this special year, John Boddy was made the National Chairman for the second time – the first being in 1988 when His Royal Highness was President for the second time.

Well over £5 million of charitable relief has been distributed since the charity was formed.

“Thank you for the £50 special heating grant, it will be a great help to me, as I feel the cold so much I just have the heating on longer.”